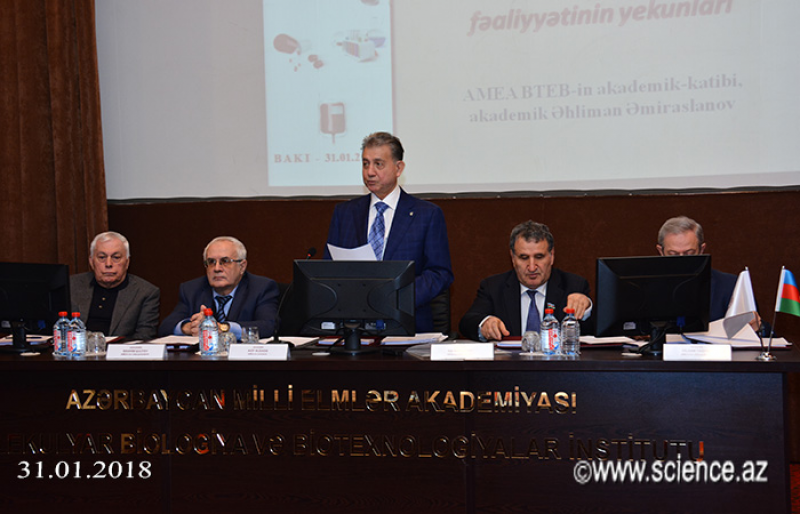 Competition for the "Golden Medal named after Nizami Ganjavi of the Republic of Azerbaijan" and the nominal awards of ANAS for 2018 has been announced. The decision was made at the meeting of the Presidium of ANAS on January 31.

In accordance with the Decree of President Ilham Aliyev dated June 27, 2014, Presidium of ANAS has an authority to award the Nizami Ganjavi nomination, Academician Akif Alizadeh, the president of ANAS emphasized. Academician noted that this award once a year is provided to the citizens of the Republic of Azerbaijan and foreigners for the important fundamental and applied scientific result, work, discovery, invention and special services in the development of science.

Noting the importance of the competition for the awards, the head of the Academy underlined that, awards named after  Nasreddin Tusi, Hasan bay Zardabi, Academician Uzeyir Hajibeyli, Academician Mirasadulla Mirgasimov, Academician Yusif Mammadaliyev, Academician Musa Aliyev and Abbasgulu Aga Bakikhanov are given to scientists who have earned important achievements to conduct higher-level research.