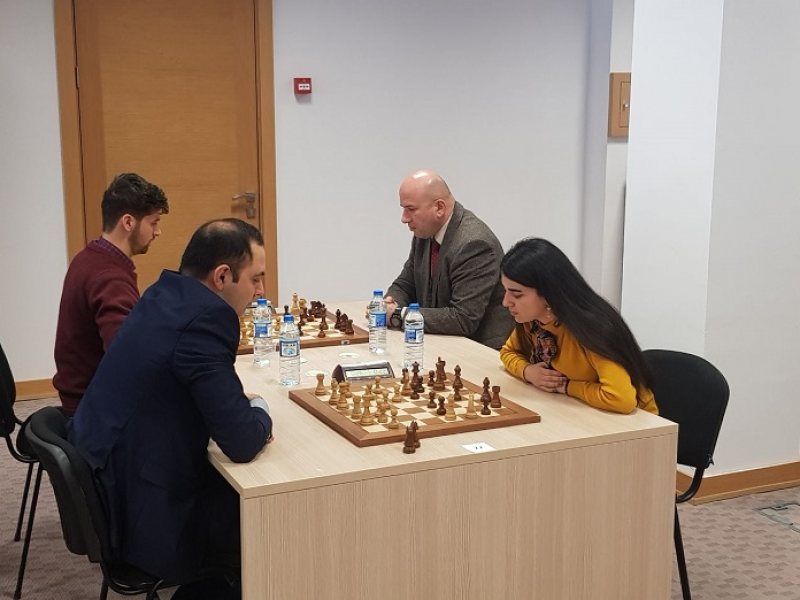 On the occasion of the creation of the Chess Players Society and December 31 - Day of Solidarity of World Azerbaijanis, the chess tournament "High-Tech Park Cup" of ANAS was launched.

Tournament organized by the Central Scientific Library attended 16 teams from scientific institutions and organizations of ANAS.

In his speech at the opening ceremony, Director of the High Technologies Park, Ph.D. in agrarian sciences Vugar Babayev brought to attention that Azerbaijani chess players represent our country at international tournaments and our national team became the European Champion.

Noting that, for the first time ANAS holds a chess competition, he congratulated participants on the upcoming New Year and December 31 - Day of Solidarity of World Azerbaijanis.

Then, came the international chess arbiter, leading researcher of the Institute of Catalysis and Inorganic Chemistry Namik Ismayilov, who spoke about the work done to strengthen the material and technical base of sports in our country. He noted that, the tournament held by the organizational support of the High Technologies Park Cup will be a long one.

Note that, on December 28 will take place the final of the tournament, and the winners will be awarded the honor certificates.