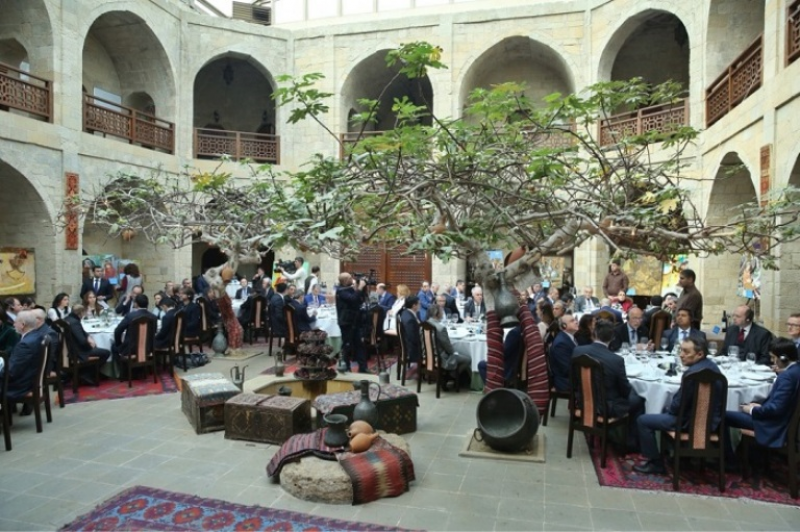 25th anniversary of Azerbaijan's membership of UNESCO marked in Baku

The 25th anniversary of Azerbaijan's membership of UNESCO has been marked in Baku. State and government officials, members of the Parliament, scientists, culture workers attended the event at the Mugham Club. The participants viewed an exhibition highlighting Azerbaijan’s cultural monuments inscribed in UNESCO Intangible Cultural Heritage Lists.

Speaking at the event, member of the National Commission of the Republic of Azerbaijan for UNESCO, Asgar Alakbarov, said 25 years ago Azerbaijan and UNESCO established very successful ties of cooperation.

Alakbarov pointed out that Azerbaijan joined the organization on 3 June, 1992, and the National Commission of the Republic of Azerbaijan for UNESCO was established on 21 February 21, following the decree signed by the national leader Heydar Aliyev.

He said that during 25 years, Azerbaijan has been cooperating with UNESCO in the fields of science, education, culture, communication, gender issues, sports and youth. The successful policy pursued by the country's leadership boosted further expansion of UNESCO-Azerbaijan ties, he said.