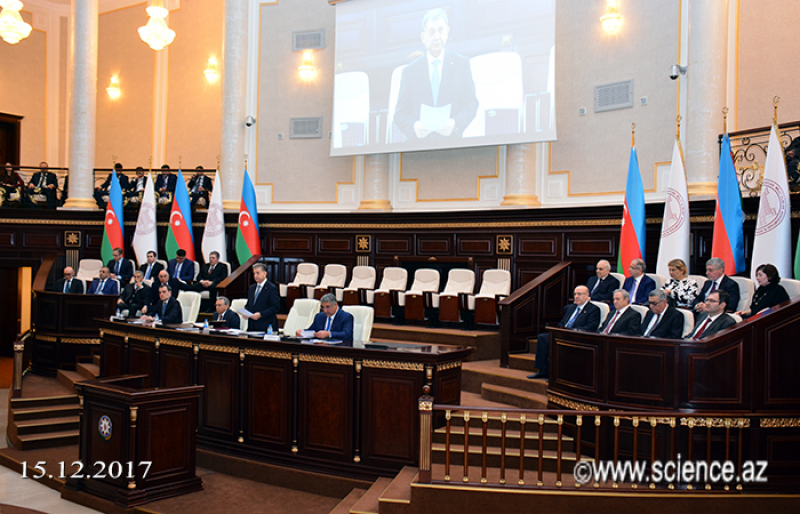 At the event, young scientists addressed an appeal to the President of the Republic of Azerbaijan, Ilham Aliyev.

The appeal said that, as a result of the state policy, the basis of which was laid by the national leader Heydar Aliyev and which is currently being successfully continued by the head of state Ilham Aliyev, the accelerated socio-economic and cultural-moral development of independent Azerbaijan is observed, the strategic positions of our country are quite strong in the international space. It was noted that, large-scale infrastructure projects implemented in recent years once again prove that the role of the republic in the global energy security is gradually increasing.

Young scientists noted that, thanks to the successful state policy conducted under the leadership of President Ilham Aliyev, the goal was "To transform oil capital to the human" and Azerbaijan became the leader of the region. It was stressed that, the measures aimed at increasing the social welfare of the population, ensuring internal stability and security, strengthening the country's defense power, as well as the development of science, education and culture are a clear indicator of this development.

The appeal noted that, as a result of the youth policy, which is one of the important directions of the state policy in the country, important steps were taken aimed at comprehensively developing the younger generation, identifying creative and innovative potential and actively participating in youth in all spheres of public life. It was stressed that, the actions aimed at increasing the role of intellectual youth in building the knowledge economy, attracting it to public administration, raising the attention to education and employment are worthy of approval.

The participants of the congress informed that, the measures taken, as well as the steps taken towards the formation of youth loyal to national values, meeting modern standards, possessing high knowledge and abilities, as well as conditions created for young people give them a great incentive.

In conclusion, the young scientists noted that they will always support state policy, take an active part in building the knowledge economy and civil society, and will increase their efforts to build the scientific potential of Azerbaijan in accordance with the practice of the world's leading scientific centers.