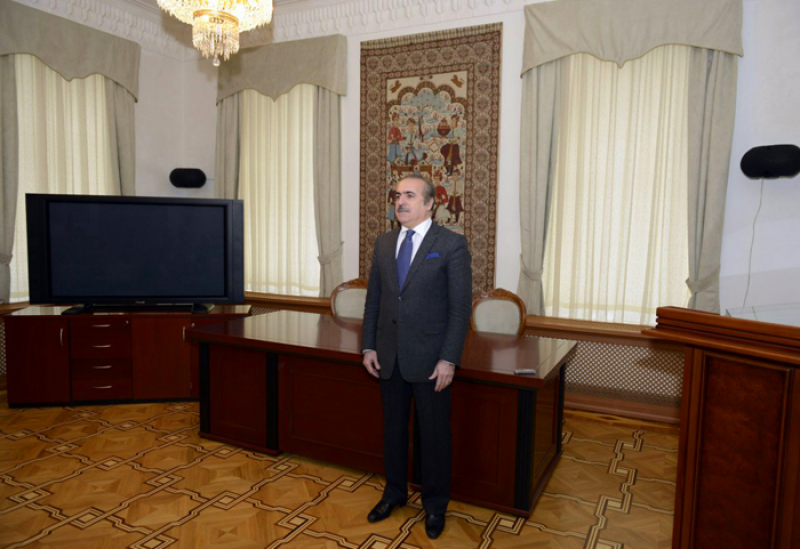 In this connection, memorable events were held in scientific institutions and organizations of ANAS.

Director of the museum, acad. Rafael Huseynov made a report on "The services of Heydar Aliyev in the protection and development of the literary and cultural heritage of Azerbaijan" at the event named "Always With Us" at the National Museum of Azerbaijan Literature named after Nizami Ganjavi. In his academic speech, he spoke about the role of the great leader in the development of the Azerbaijani science, literature, culture.

Director of the Institute of Radiation Problems, correspondent member of ANAS Ogtay Samadov spoke at the event about the great leader Heydar Aliyev noting his unprecedented services in the socio-political life of our country, as well as in the state building.

The director of the Shamakhi Astrophysics Observatory, corresponding member of ANAS Namig Jalilov spoke about the political path of Heydar Aliyev, the place in the world history and the Azerbaijanism idology. He said that great leader Heydar Aliyev had an indispensable role in the life of the independent Azerbaijan state with his intelligence, courage, political will and wisdom.

At the event held at the Institute of Physics, director of the enterprise, academician Nazim Mammadov spoke about the work of the great leader in the development of democracy in our country and improvement of welfare of the people.

Speakers at the event of the Institute of Molecular Biology and Biotechnologytalked about the rich statehood experience and phenomenal political abilities of our nationwide leader Heydar Aliyev.

Director of Hussein Javid's House Museum, doctor of Philological Sciences Gulbaniz Babakhanli made a speech at the memorial event held at the museum. She emphasized great leader’s special attention and care to literature, celebrating anniversaries of outstanding literary men, perpetuating their memories.