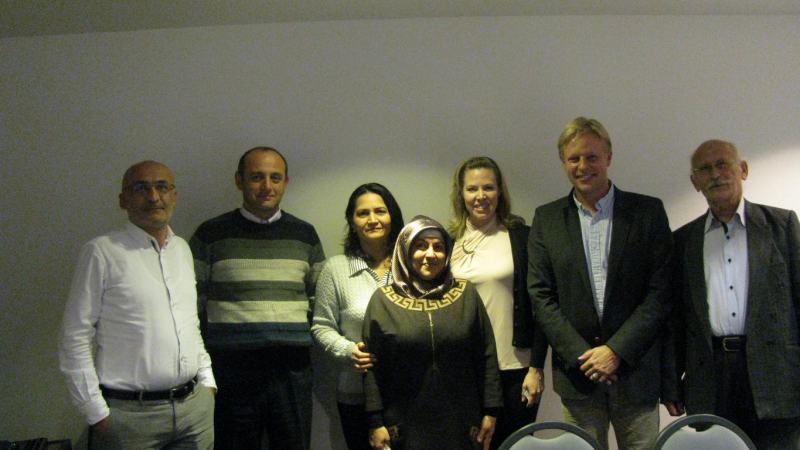 Hazelnuts of Azerbaijan are in danger!

One of the leading non-oil sectors in the world, including our republic, is hazelnut. The insecticide species Marble board (Halyomorpha halys Stal), which is currently damaging to this area, is considered to be a serious damaging to many countries around the world.

The theme "Brown Marmorated Stink Bugs (BMSB)" was organized in Tbilisi, Georgia, on 04-06.12.2007 in connection with this kind of serious damage to the country, which is close to our country. The entomologist of the Institute of Zoology of ANAS - doctor of biological sciences Khalid Aliyev, doctor of biological sciences, associate professor Irada Nuriyeva and doctor of philosophy in biology Shelya Maharramova participated in this forum with an official invitation of AGRAR CO, engaged in hazelnut production of our republic.

Marble board (Halyomorpha halys Stal.), which is home to Southeast Asia (China, Japan, Korea, Taiwan, Vietnam, etc.) is a kind of polypropylene, fed by more than 200 plants. Even though the first detainee has been registered in the United States in 1996, it has already been a major threat to the various areas of agriculture since 2014 in 34 provinces and in the southern provinces of Canada. It was discovered in 2007 in Switzerland, in 2010 in New Zealand. In 2014, Russia's Sochi region and Russia's damp subtropics, Abkhazia and Georgia have increased massively since 2015. According to the Ministry of Agriculture of Georgia, the Marble board here only suffered 60% damage to hazelnut yield.

At the forum dedicated to the marble taxpayer, the pest has been informed of the damage to the various agricultural areas of Georgia and the measures taken against the pest and together with the experts invited from many countries (Canada, Italy, Switzerland, Turkey, Azerbaijan, China, etc.) related future business plans were discussed.

There is a great danger that the malicious infected person is already in Turkey. According to the UN Food and Agriculture Organization estimates, this year our country occupies the third place in the world for its hazelnut export potential. Azerbaijani nuts are exported to 25 countries, including North America. Taking this into account, the damage that this insect inflicts on our country is undeniable. We should also stir up excitement.