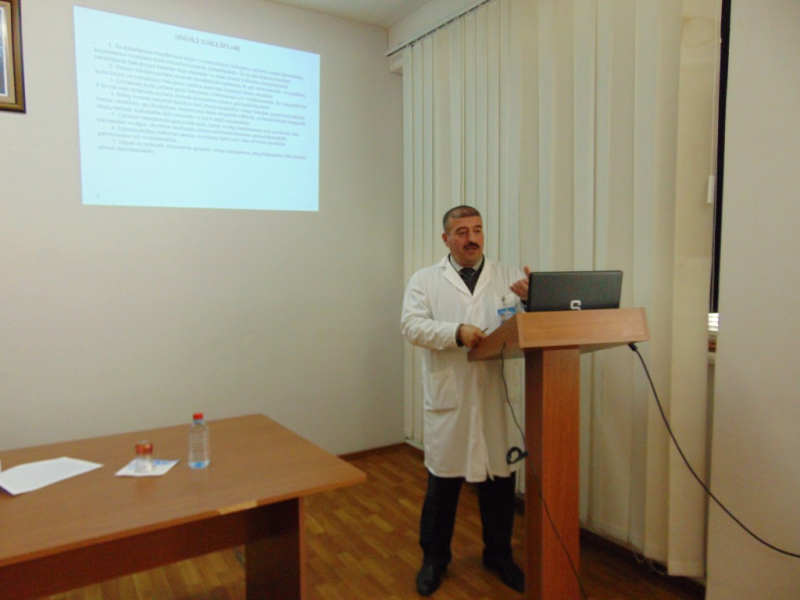 The doctoral dissertation on the theme "Morpho-biological and ecological features of fish of the inland water basins of Azerbaijan, ways of regulating the stock of fishery fishery" was held in the Defense Council of the Institute of Zoology of the Hydrobiology Laboratory of ANAS.

N.J. Mustafayev has been studying and researching more than 17,000 fish from Azerbaijan's domestic water basins in all segments of 2009-2015. The large number of collected samples and the modernity of the methods used in the research provide the reliability of the results. As a result of the research it was found out that there are currently 11 groups, 15 chapters, 44 species of 1 round, 67 species and half fish in the internal water basins of Azerbaijan. 60 among them are fresh water and 8 are of sea origin. 8 types of freshwater species and sub-species are represented only by transient and semiconductor, 14 by transient and semi-arid and freshwater populations. 38 species and half of them live only in freshwater.

The two species of fish - Amur sailor and the Korean cleric were first mentioned for the fauna of Azerbaijan. The taxpayer has made substantial taxonomic analyzes, but previously untested species were excluded from the fauna, the names of the fish were adapted to the modern systematization and the classification of the Ichthyofauna of Azerbaijan's internal water basins.

For the first time, the dynamics of serotonin-mediated proteins were observed in different tissues of the fish in the transboundary rivers, and adaptation and disadaptation processes in fish against existing contamination were studied. It has been discovered that the different tissues of different species of living species living in the same water basins are different from the effects of adverse environmental factors, and they use adaptive potentials of varying degrees against these effects.

The plaintiff has studied the current condition of Azerbaijan's main fertilizer freshwater fish, the reasons for the reduction of their reserves, and the practical proposals for the restoration of fish stocks.

Information on the morphology, bioecology, dissemination, adaptation to the environment and the current state of reserves of fish in Azerbaijan's internal water basins can be used in research in this field, for monographs, fishermen books, and textbooks for higher and secondary specialized schools.