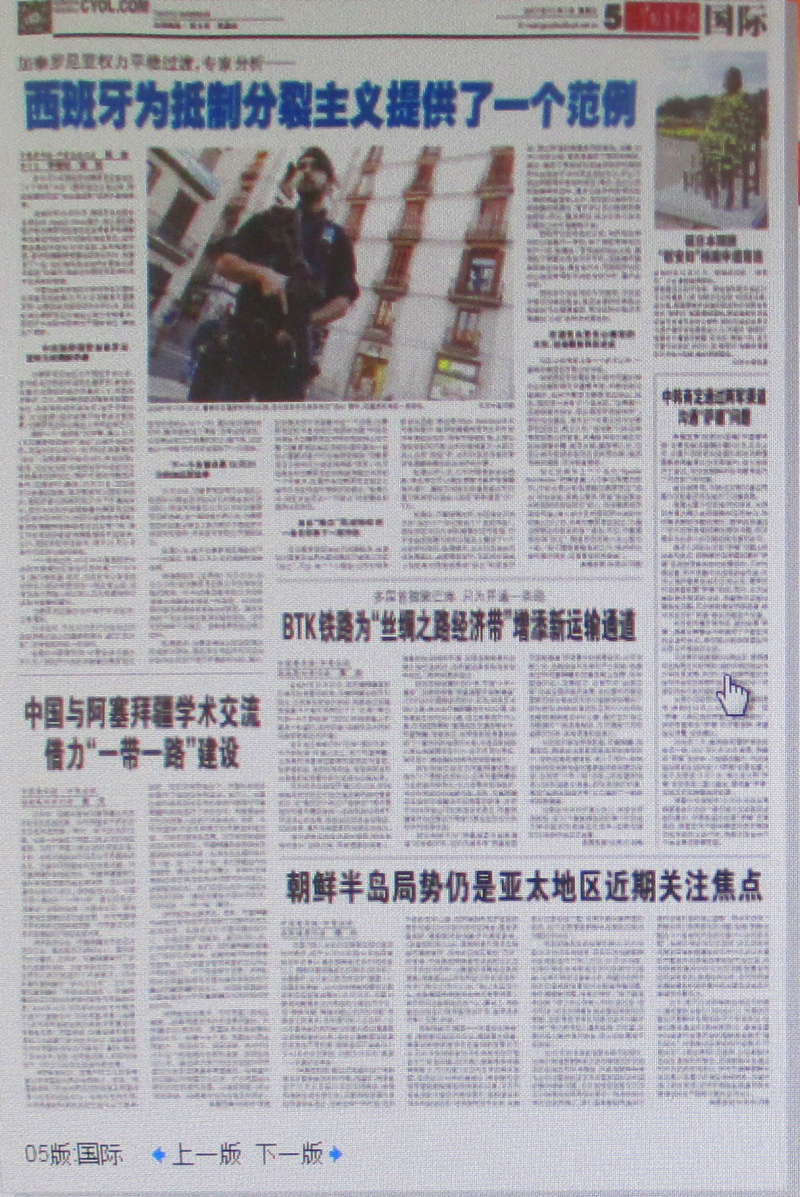 The author of the article "Strengthening of scientific exchange gives impetus to the development of friendship and cooperation between China and Azerbaijan and implementation of the strategy "One belt, one way" is the correspondent of the newspaper for the South Caucasus Huang Ching.

On the prospects for friendly relations between China and Azerbaijan and the expansion of scientific exchange, correspondent interviewed Vice President of ANAS, Chairman of the Committee of Science and Education of the Milli Majlis, Academician Isa Habibbayli.

Academician Isa Habibbeyli said that, with implementation of an initiative "One belt, one way" scientific exchange between Azerbaijan and China gains more intensive character: "Azerbaijan is located on crossing of Europe and Asia, and it is considered a side of contact of the Western and East civilizations.

The scientist noted that, during the state visit of President Ilham Aliyev to the People's Republic of China in December 2015, a Memorandum of Understanding was signed on the joint development of the economic belt of the Silk Road, as well as a number of documents on cooperation in various fields, including in the field education, railway, transport, etc. These documents, creating the basis for cooperation between the two countries in the relevant fields, helped to identify specific areas.

I.Habibbayli said that, Azerbaijan, speaking from its favorable geographical position, together with the countries of Central Asia on the initiative "One belt, one way" is conducting negotiations for the purpose of conducting scientific research, proposes concrete proposals for cooperation and discusses research projects and plans. We, within the framework of such research projects, will be able to expand our exchanges, deepen our research and contribute to the development of comprehensive ties between our countries.

The Vice-President stressed that, at present the Institute of Literature of ANAS is carrying out important work in the field of strengthening literary ties. Thanks to the activities of the Confucius Institute, targeted measures are being taken to study and popularize the ancient and rich culture of China in Azerbaijan. The scientist stressed the importance of mutual study and propaganda on the scientific basis of the Azerbaijani-Chinese history.

Note that, this article was published on the 5th page on October 31, 2017 in newspaper "China Youth".