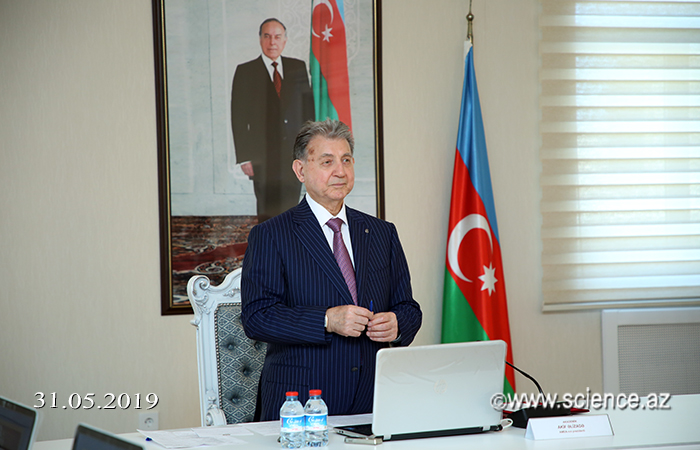 On May 31, the next meeting of Presidium of ANAS was held at the "Azerbaijan National Encyclopedia"Scientific Center. Opening the meeting, academician Akif Alizadeh familiarized the event participants with the issues of the agenda.

Taking into account the election of new members to the Presidium of ANAS, the distribution of new duties among members of the Presidium was approved at the last General Meeting of the Academy.

Later, discussions were held on holding the elections of ANAS professors. It was noted that by the decision of the Presidium the next competition was announced for the title of "Professor of ANAS". 24 candidates of science have been nominated from the scientific and higher educational institutions of the republic to participate in the competition. It was decided to hold the elections by secret ballot and to present the results to the Presidium of ANAS for determination of candidates for ANAS professors.

The next decision was made about new statutes of the Board of Directors and divisions of the Presidium.

The following issues were holding events, according to the decree of the President of the Republic of Azerbaijan "On celebrating the 110th anniversary of academician Mammad Jafar Jafarov" and "On the celebration of the 150th anniversary of Ahmed bey Agaoglu". Following the discussions, action plans have been approved.