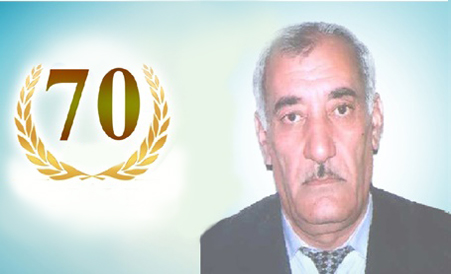 Congratulations on the 70th anniversary of Akif Gadirov !!!

Head of the Aghsu Practice Support Base of the Institute of Zoology of ANAS, Akif Gadirov was born on December 23, in Musabayli village of Aghsu region. He has graduated from the Power Engineering College in 1965, and International University of Oil and Gas Field Development and Operations in 2005. He has worked in various positions at Aghsu Electric Network during 1966 - 2014, a Chief of Aghsu Electric Network during 1990-2014. Since 2016, he has been working as the head of the Aghsu Practice Support Base. Great success has been achieved during the period of work. The agricultural products obtained were distributed to the staff of the institute.

We congratulate Akif on his 70th anniversary and wish him health and success in his work.