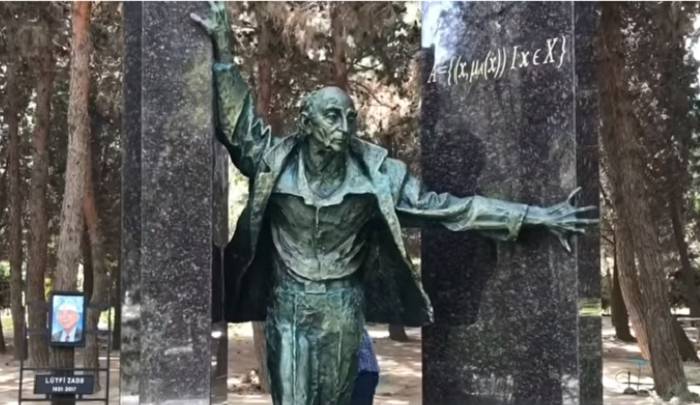 The world-famous Azerbaijani scientist, the founder of the theory of fuzzy logic Lotfi Zadeh’s tombstone has been erected.

Famous sculptor, People's artist, academician Omar Eldarov prepared the monument. He said the monument was in a genuine and completely different style:

"There is a door symbol in the tombstone, which means that Lotfi Zadeh opened the door of world science, and the symbols that reflected on the door have been developed, which is a great opening to science."

Lotfi Zadeh died in California on September 6, 2017, at the age of 96. He wrote a testament to the burial of Azerbaijan before his death. The scientist was brought to Azerbaijan on September 29 and was buried in the Honor Alley.