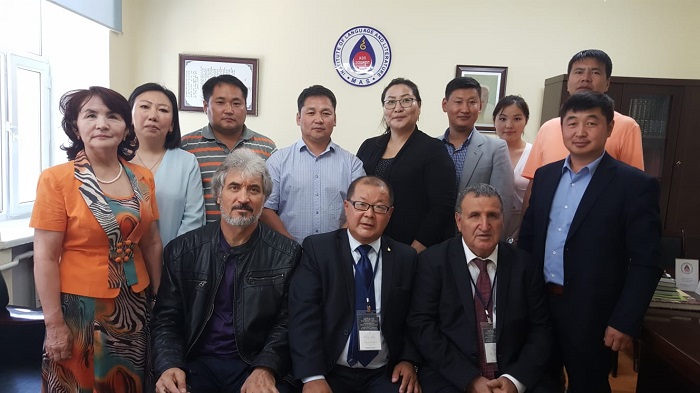 The event was organized jointly by the Turkish Altai Community Association, the Mongolian Academy of Sciences and the Mongolian Technological Institute.

The report describes the role of pictographs in the rock paintings of Hamigaya-Gobustan in the formation of the culture of writing, and about the motives in the Orkhon monuments, consonant with the literature and culture of Azerbaijan.

The Azerbaijani scientist was elected a member of the International Association of Mongolians.

Then, I.Habbeyli met with the President of the Academy of Sciences of Mongolia, academician Duger Redgell. At the meeting, the sides discussed further expansion of ties between the higher scientific institutions of the two countries, and also agreed to hold joint scientific events dedicated to Orkhon's written monuments and common historical problems in Baku and Ulaanbaatar.

The vice-president of ANAS also visited the monuments of the Orkhon writing on the graves of famous Bilge Kagan, Gultekin and Tonyukug.