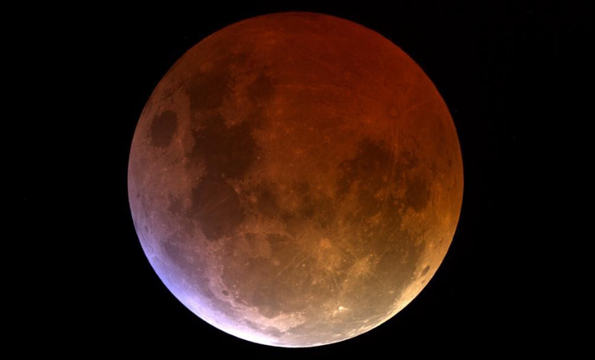 On July 27th, the guests of Moscow Planetarium will be able to observe rare astronomical phenomena.

5 years, the nearest distance to Earth is Mars. Visitors will be able to see Mars landscape by telescope, hardly noticeable on ordinary days.

This day will be one of the best periods to observe the red planet. Mars comes from Earth only 55.7 million kilometers. During the so-called great confrontation of Mars, the planet becomes lighter and more visible in the starry sky. The next convergence of Mars with the Earth is expected not earlier than September 15, 2035, told the press service from Moscow Planetarium.

Specialists added that this year the full mass fell with a total lunar eclipse. Last time, the inhabitants of the Earth discovered these two rare phenomena simultaneously almost 200 years ago, 1830.

"July 27th is the longest total lunar eclipse of 100 years. It will be an hour and 44 minutes. This is 15 minutes longer than before. year"- added to the planetarium.

Observations in the planetarium begin from 21:30 and will go to 01:00. Visitors will wait in "Sky Park", where they will install at least ten amateur telescopes. Everyone will have an astronomer who will help investigate the marbles and moon eclipse. Specialists in the star observatory also talk about the planets and stars of the solar system, explaining the importance of every astronomical event when it comes to new scientific discoveries. Tickets can be purchased at the planetarium ticket office on the same day.

Mars's great resistance is an event when the sun, earth and mars are in agreement in their orbital movement. At the same time, the distance between the earth and the red planet is minimal. During big confrontations, Mars becomes lighter than Jupiter, giving only sun, moon and Venus in brilliance.

Eclipses are only possible in full moon when the sun, the earth and the moon lie in a line. They are complete and partial – depending on whether the entire moon disc closes the shadow or just a part of it. The moment the earth throws a shadow on its companion, it acquires a reddish shade. Because of this phenomenon is also called a bloody moon.