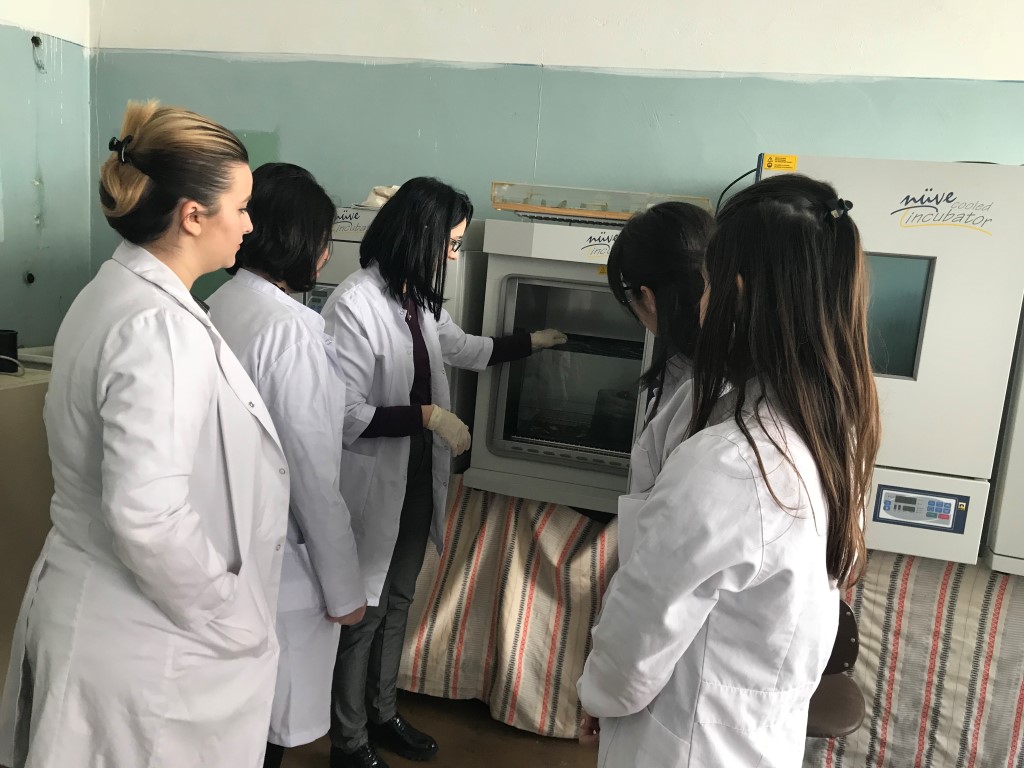 At present, the next group of students is involved in scientific-production practice at the Applied Zoology Center of the Institute. Employee of the Center, PhD in Biology Shelya Maharramova gave students firstly information about paleontological findings on insects, followed by video tape on silkworm, its economic importance and silk production.

Gulnaz Ismayilova, a scientific worker at the Applied Zoology Center, informed the students about pillows from sorbitarium and parabuses (Chilocorus bipustulatus) used in biological struggle against them. Then the students were shown original video footage reflecting the paraben's biology.

The leading scientific worker of the Center, Ali Mammadov, told the students about the mathematical modeling, its application to biology, as well as detailed information about such researches and their significance in the Center.

Scientific worker of the Applied Zoology Center, PhD in biology Nizami Novruzov acquainted students with various types of scorpions and water, and scientific worker Gulnar Mammadova gave detailed information about the pests of grain and pomegranate plants. Scientific worker Konul Tapdigova, gave information on primary cholesterol and their role in aquaculture, senior scientific worker, PhD in Biology Guliyev Shukur on fish parasites, junior scientific worker Sabina Hasanova on bioecology of seven-parabolic parabola, Dadashova Laman on a laboratory-grown and reproductive medicine (Hirudo orientalis), its morphological and biological features, and visualization of biological objects as well as about the development and nutrition of the abusive species, as well as the methods of their reproduction.

The students were widely informed on poultry, quail and chicken breeds by Novruz Rahimli, an employee of Vivarium corpus of the Institute of Zoology of ANAS and and the questions of the students were answered in detail.