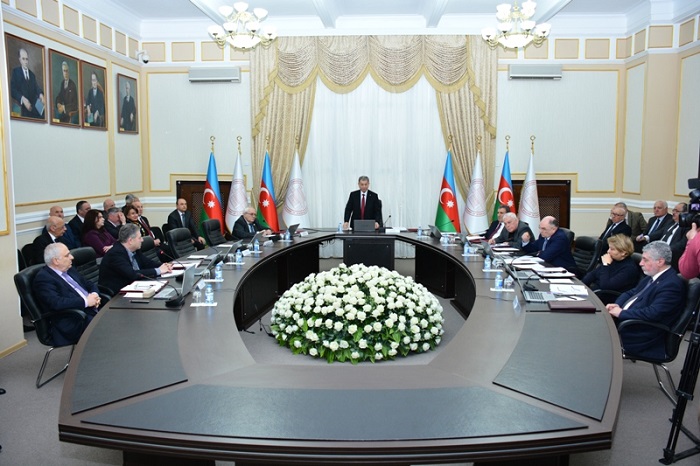 On March 14, the next meeting of the Presidium of the Azerbaijan National Academy of Sciences was held.

Academician Akif Alizadeh, President of National Academy of Sciences of Azerbaijan, opened the meeting and familiarized the participants with the issues on the agenda.

It was decided to finance the programs recommended at the meeting.

The Presidium also approved the document on cooperation between ANAS and Monpelye University in France.

In January of this year, Framework Agreement, Cooperation and Financing Dissertation Agreement was signed between the two organizations for five years. According to the mentioned documents, PhDs in the fields of science will be determined by the Academy, and it is planned to provide scientific guidance from both institutions by registering the ANAS and Monpelye University. Each year, two doctors will be selected by a commission of academics from ANAS and Monpelye University to attend the academic program, academician Akif Alizadeh lined out.

It was decided to celebrate the of late academicians Vahab Aliyev’s  and Alisohbat Sumbatzade’s 110, Jalal Aliyev and Vahid Hajiyev's 90th anniversaries. The Presidium decided award Acting member of ANAS Ramiz Mehdiyev taking into account the activity of the in the development of social sciences, who today serves the honor and responsibility of the successful implementation of the processes of state building in the Republic of Azerbaijan, with the Honorary Decree of ANAS.