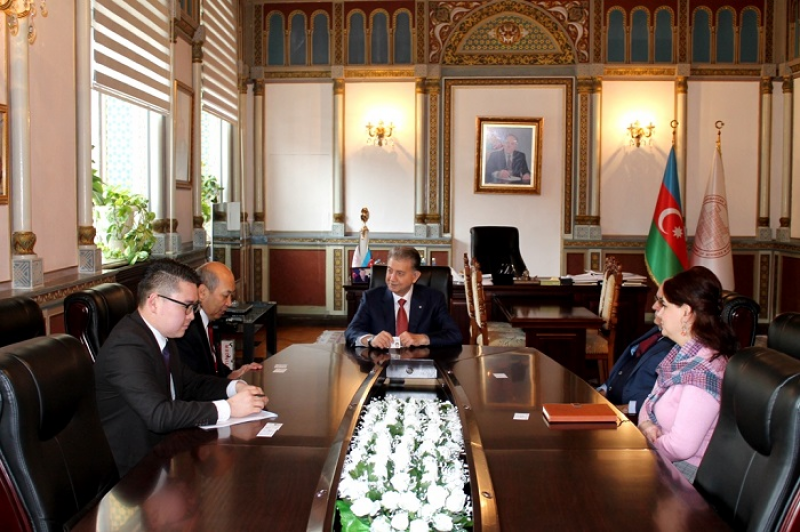 President of ANAS met with Mongolia's ambassador to Azerbaijan

Academician Akif Alizadeh greeted the guest and congratulated him on his appointment. The head of ANAS spoke about the history and development of the Academy. Noting that the country's leadership has paid great attention to the ANAS, the academician underlined that systematic reforms in the field of science and education were implemented in Azerbaijan. The President of ANAS emphasized joint projects and programs in the scientific and research and innovation fields between the academic institutions of the Academy and the CIS countries, as well as the scientific centers of Europe.

In turn, the ambassador thanked the leadership of ANAS for the sincere reception. Noting that there are good opportunities for expanding ties between the two sides, the diplomat underlined that, he would spare no efforts for the establishment of close cooperation between ANAS and the Mongolian Academy of Sciences.

During the meeting the sides discussed the development mechanisms and prospects of cooperation in the field of agrarian science. It is important to prepare a document on cooperation between the academies of both countries and to hold meetings in the future.

At the end, Ambassador Bold Ravdan and academician Akif Alizade presented memorable gifts to each other.