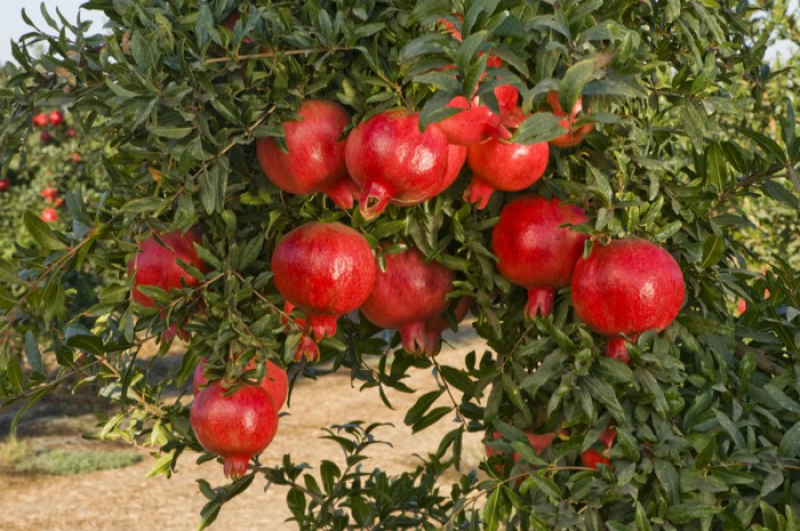 The coordinator of the Institute of Genetic Resources of ANAS, with the joint participation of the Institute of Molecular Biology and Biotechnology, Australia, Russia, the United States and Egypt has been annotated for the first time in the world by reading the nucleus genome consisting of 350 million nucleotide pairs of pomegranate sort of "Azerbaijan guloyshe". At the same time, transcriptional profile of the pomegranate plant has been determined.

This fact was registered by the US National Center for Biotechnology Information and was deployed on the GenBank base for the openness of world researchers.

The initial comparative bioinformatics analysis of these data, with billions of nucleotides totaling the same information as both separate and some other plants (peaches, grapes, eucalyptus, etc.), has revealed a number of interesting and important scientific facts. It has been established that there are 5, 1160 potential genes included in the 5485 gene family of the pomegranate nucleus.

In addition, pomegranate, peach, eucalyptus and grape plant protein coding genes have been found to be closer to evolution than pomegranates and eucalyptus. At the same time, the total DNA of the pomegranate plant has been determined by the total number of genotypes and distribution of various microsatellite - mono-, di-, tri-, tetra-, penta- and hexa-nucleotide repeats.

At the moment, based on the most important results of research on pomegranate genome, large-scale scientific articles are prepared for anchor and will be presented to one of the most recently recognized international scientific journals.